The King George Whiting (Sillaginodes punctatus), also known as the Spotted Whiting or Spotted Sillago, is a coastal marine fish of the smelt-whitings family Sillaginidae. The KG is endemic to Australia, inhabiting the south coast of the country from Jurien Bay, Western Australia to Botany Bay, New South Wales in the east. 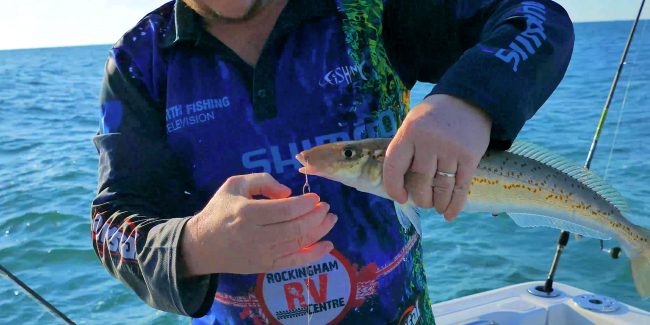 The King George whiting is the only member of the genus Sillaginodes and the largest member of the smelt-whiting family Sillaginidae, growing to a length of 72cm and 4.8kg in weight. The species is readily distinguishable from other Australian whitings by its unique pattern of spots, as well as its highly elongate shape.

King George are often found in bays and protected waterways over sand and seagrass beds, venturing out onto deep continental shelf reefs during adulthood. The species is a benthic carnivore, consuming a variety of crustaceans, polychaete worms, molluscs and fish.

Reportedly worth over $5,000,000 AUD per year, it forms the basis of one of southern Australia’s most important commercial fisheries. The species is also heavily targeted by recreational anglers, who value this particular whiting for its sporting and eating qualities. The King George is indeed the king of its species.

Where To Catch Them

King George whiting can be located right along the Perth metropolitan coastline and are easily targeted from both boat and shore, making them an extremely popular species for many anglers. Areas such as Rottnest Island, 3 Mile Reef, 5 Fathom Bank and Cockburn Sound are all popular locations to find a KG or two. 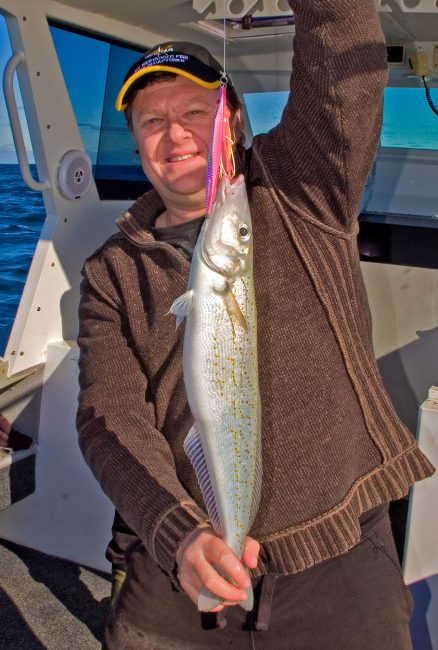 They are also commonly encountered from shore-based locations such as ocean marina rock walls, beaches and local rock platforms. King George typically prefer shallow waters with a mixture of weed, sand and reef to roam around in but are also encountered out on the deeper reefs and gravel patches with some regularity.

Locate a likely looking area in around 5–12 metres of water and try drifting around using a variety of baits and rigs.

Anchoring and berleying is also a popular technique in shallow waters or rougher conditions but does tend to bring other species around in greater numbers.

Be prepared to work your way through a few by-catch species as many fish frequent the same areas King George are found. It’s also handy to have a spare rod or handline rigged with a squid jig as big squid will commonly chase hooked fish to the boat in these areas.

Sizes and Bag Limits: At Nov 2019 fish need to be 28cm and you can take 8 per angler. However, always check the Fisheries website for current regulations as they change without notice.

Edibility Rating: 9 out of 10 – all fish kept for the table should be immediately placed into an ice slurry (two thirds ice and one third seawater). 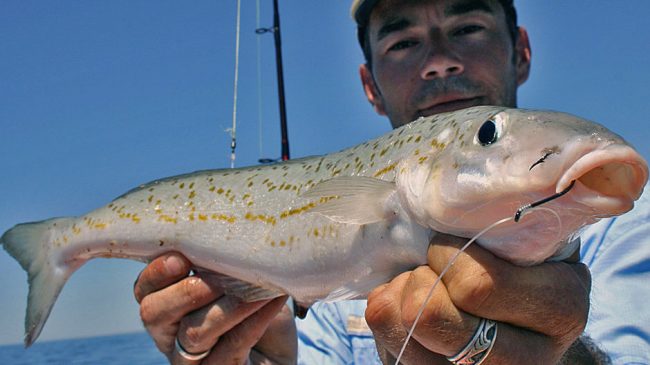 Simply scale and fillet or fillet and skin then place into a plastic bag with seasoned plain flour and shake well until coated.

Now dip into egg wash and place into bag of Panko breadcrumbs. Shake well, remove from bag and shallow fry in quality oil until golden brown.

Serve with chips and salad.