Perth’s famous Swan River is perhaps not as good as it once was but is still a great place to learn to fish and to take the kids fishing, plus it’s the go-to location for a huge number of Perth’s fishos that like to specialise in river species.

Still packed with Bream, most of the other species have declined over the past 20 years but can still be found by those dedicated to chasing them.

Some, like Tailor, are certainly in decline over the years from 2016-2019 and this relates to both the size and quantity of the fish coming into the Swan past the lower reaches of East Fremantle. This means for them (and for other species like Flathead), what was traditionally a good spot for them might not be any more but you can be sure the fish are going to be somewhere.

A good example of this has been the lack of Flathead around the Claremont area but much higher numbers upstream, past East Perth than ever before.

Here’s our collection of Videos about the Swan River. If you’re looking for more info about spots, there’s lots more text about each location at the bottom of this page. 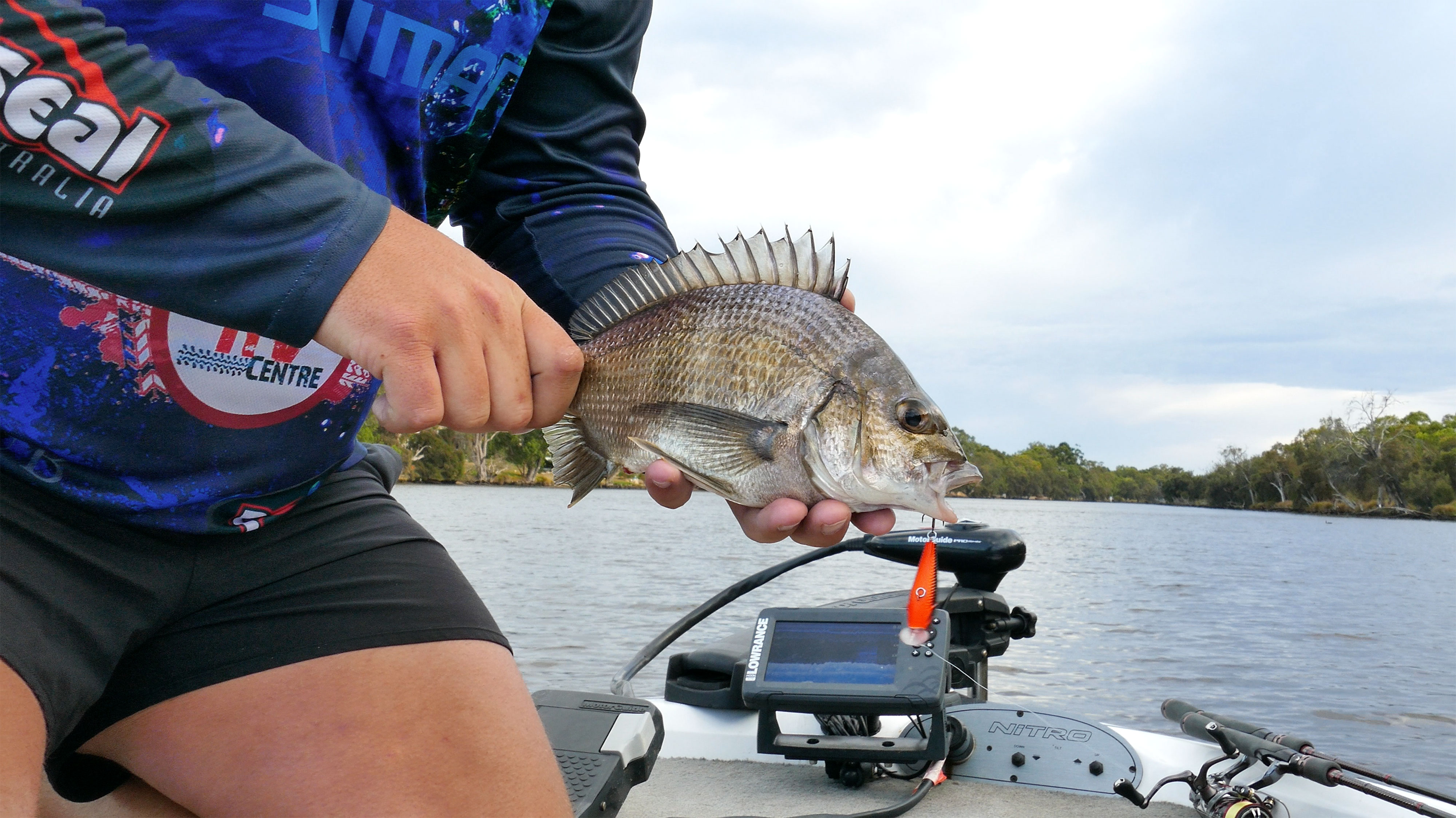 BREAM Bream are an amazing fish. They can live in all kinds of conditions from salty to brackish and different pockets of fish in different locations show signs of evolving as different species unique to their area. They are very
CLICK HERE TO WATCH NOW 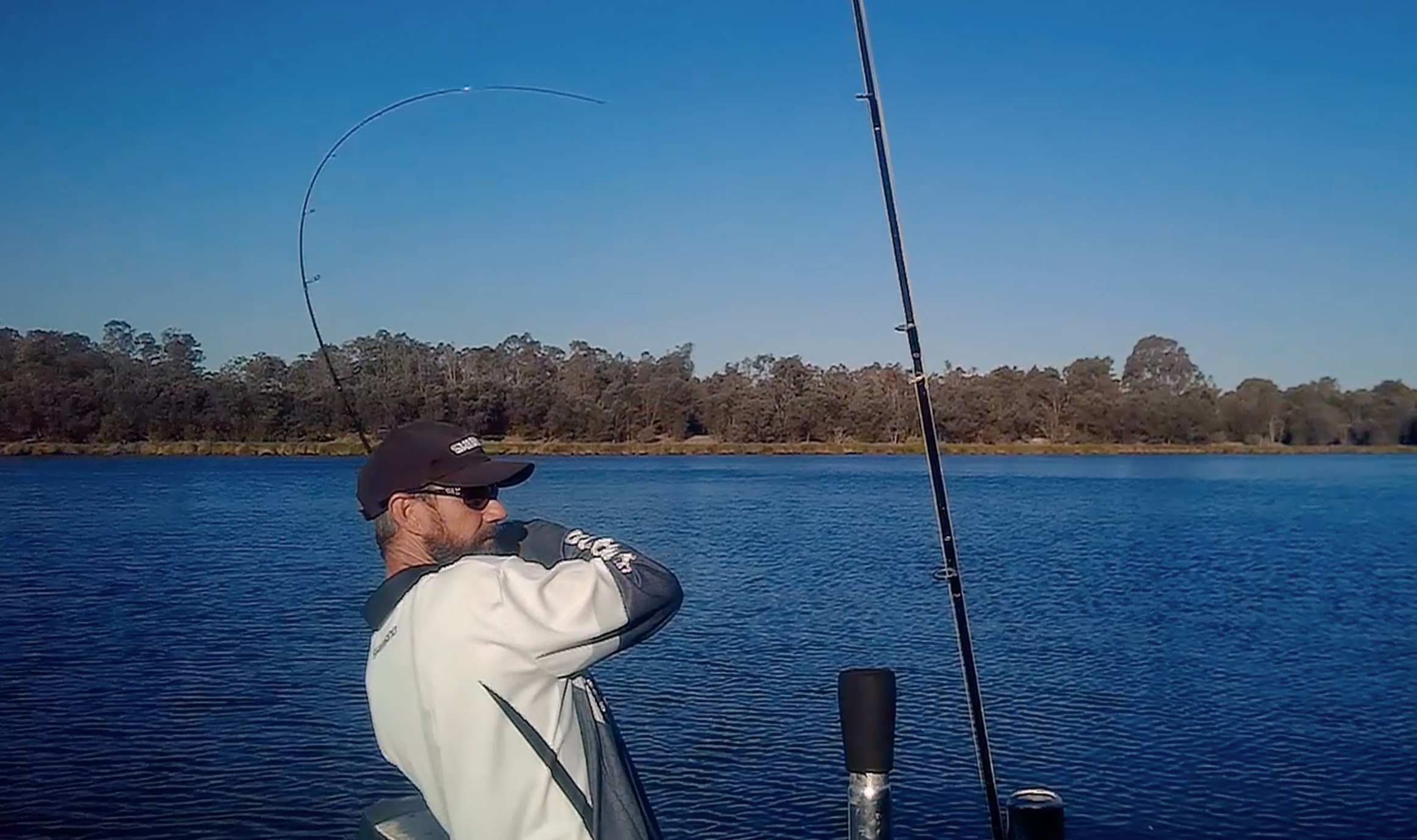 Bream on Baits in the Swan River

BREAM ON BAITS IN THE SWAN RIVER Bream on Baits vs Bream on Lures. It's the age-old question, which one works the best? Steve and Nick headed upstream with some river prawns and mullet to see if you could catch
CLICK HERE TO WATCH NOW 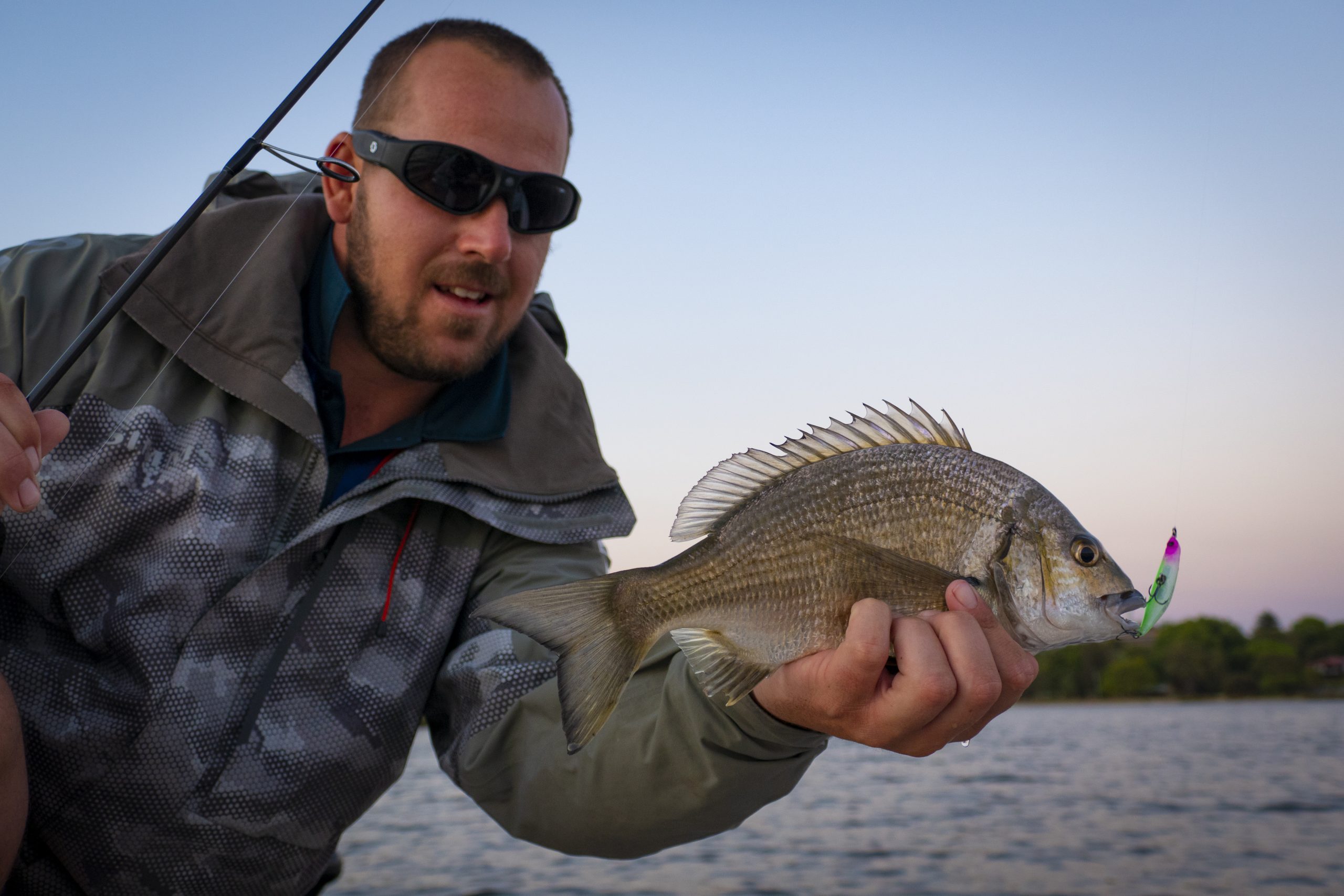 CATCHING BREAM WITH SURFACE LURES Top Water Bream Fishing is one of the most exciting ways to target this tricky little fish. But it's hard enough to catch them on lures that sink or suspend, surely using surface lures is
CLICK HERE TO WATCH NOW 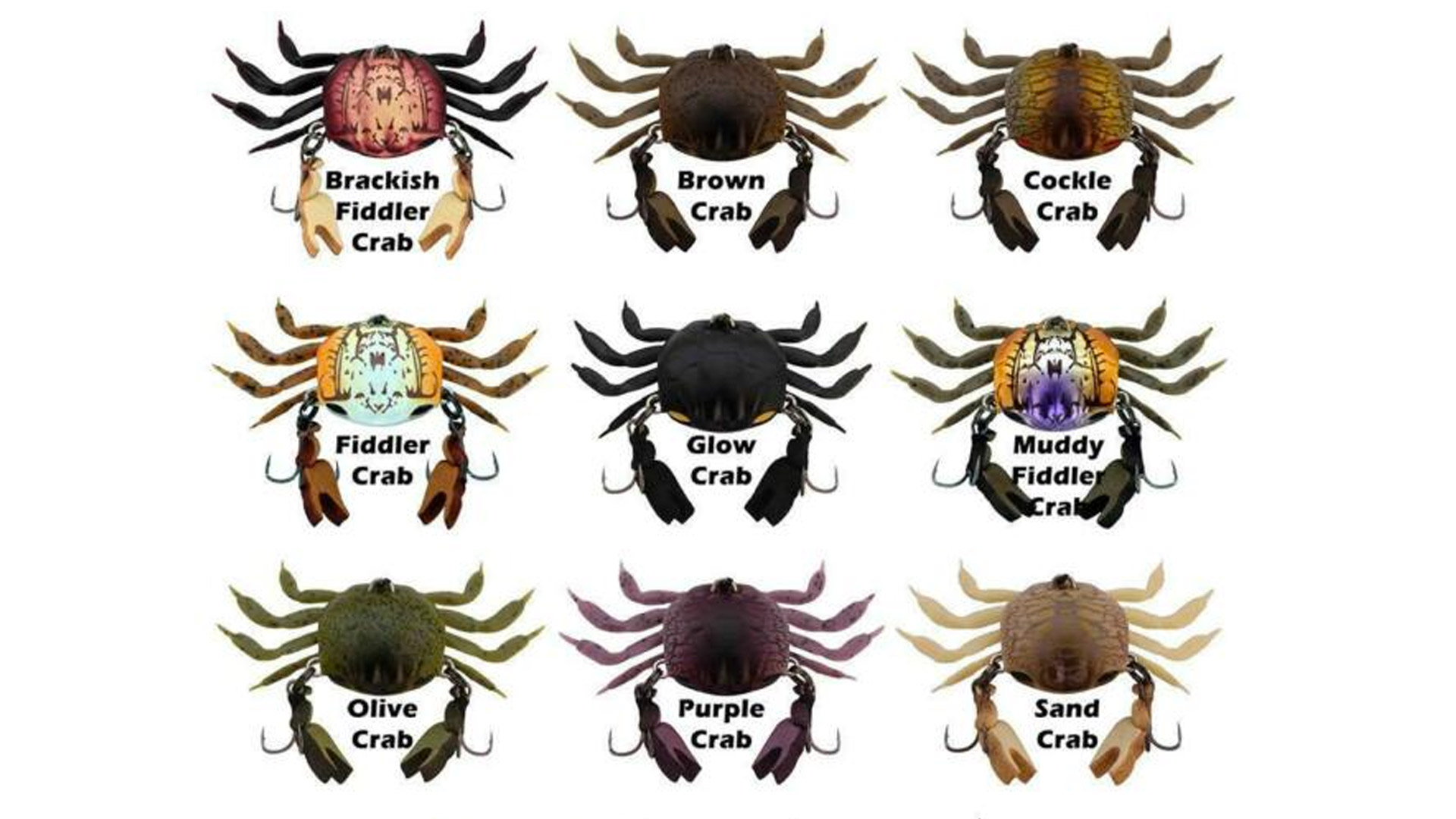 Creature Baits for Bream with Ruan 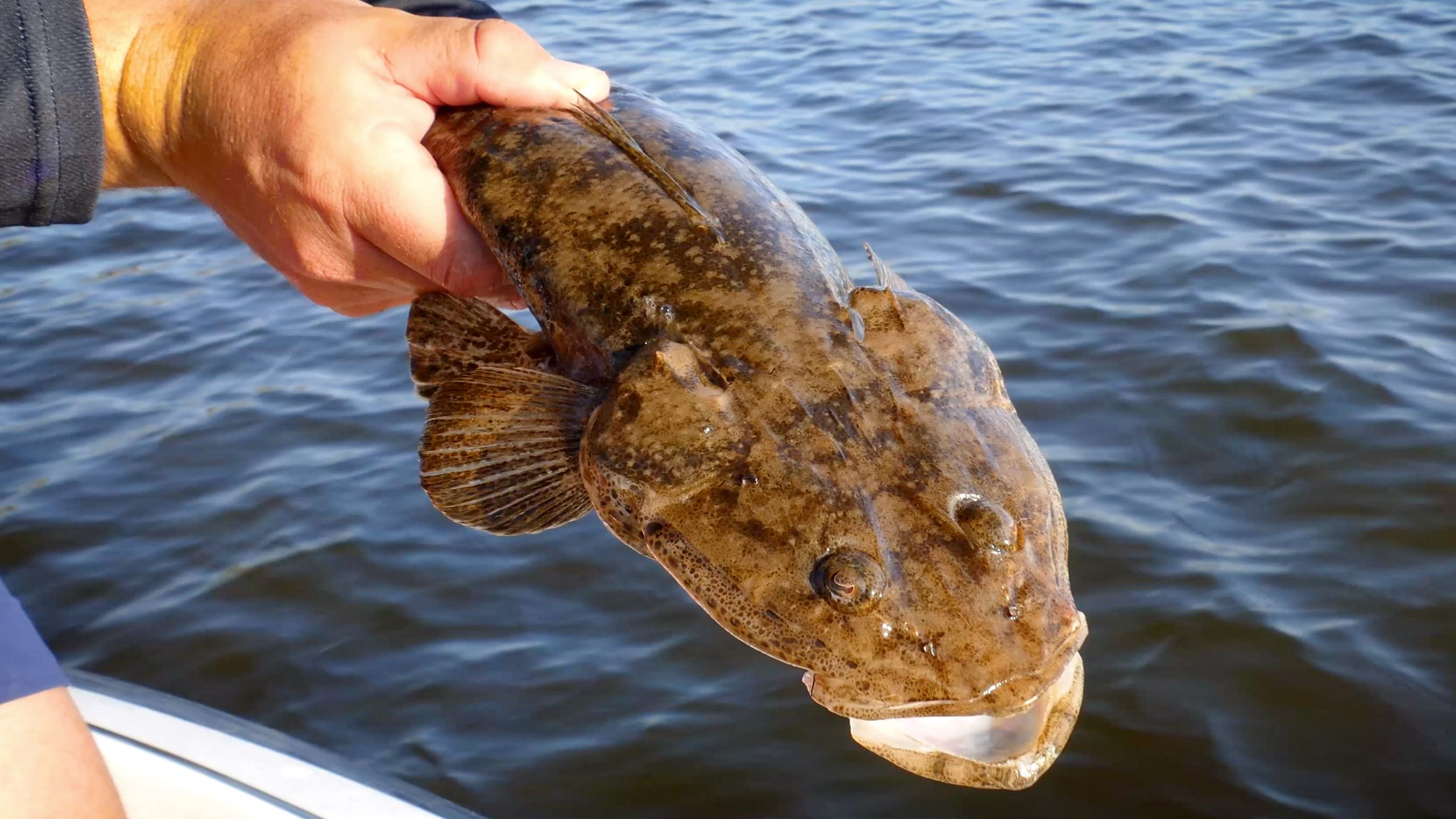 Fishing Creature Baits for Bream and Flathead in the Swan River 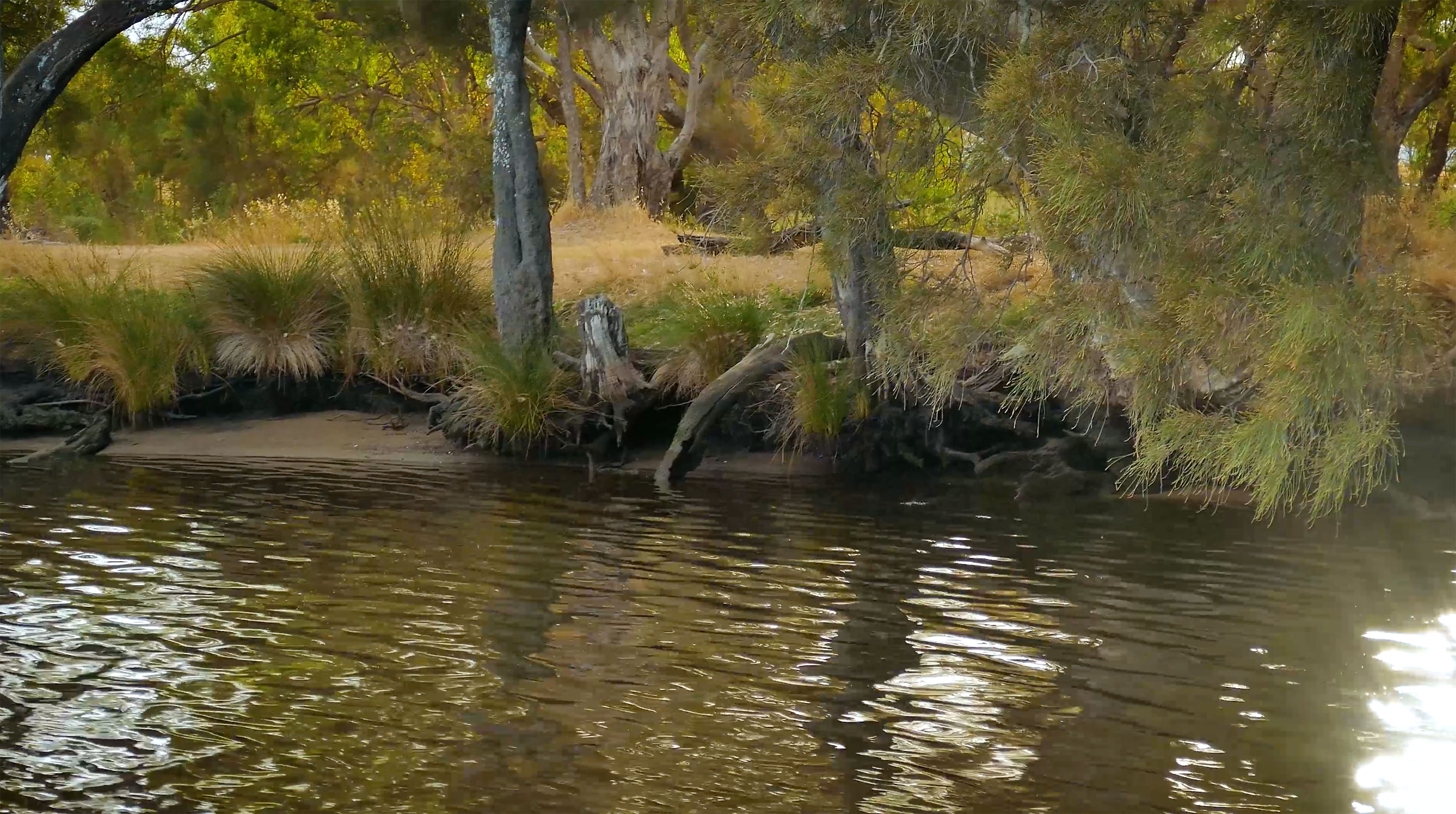 How to Rig a Weedless Grub for Bream

HOW TO RIG A WEEDLESS GRUB FOR BREAM Perth Fishing TV Pro Team Captain, Ruan Van Der Berg shows you how to rig a weedless grub and then pull a big bream. See more Bream Tips from Ruan about fishing
CLICK HERE TO WATCH NOW

SECRETS TO CATCHING BREAM ON LURES PT1 Steve spent the morning with Perth Fishing TV Pro Team Captain, Ruan Van Der Berg, to film some secrets to catching bream on lures for you. In this segment, Ruan tests the new
CLICK HERE TO WATCH NOW 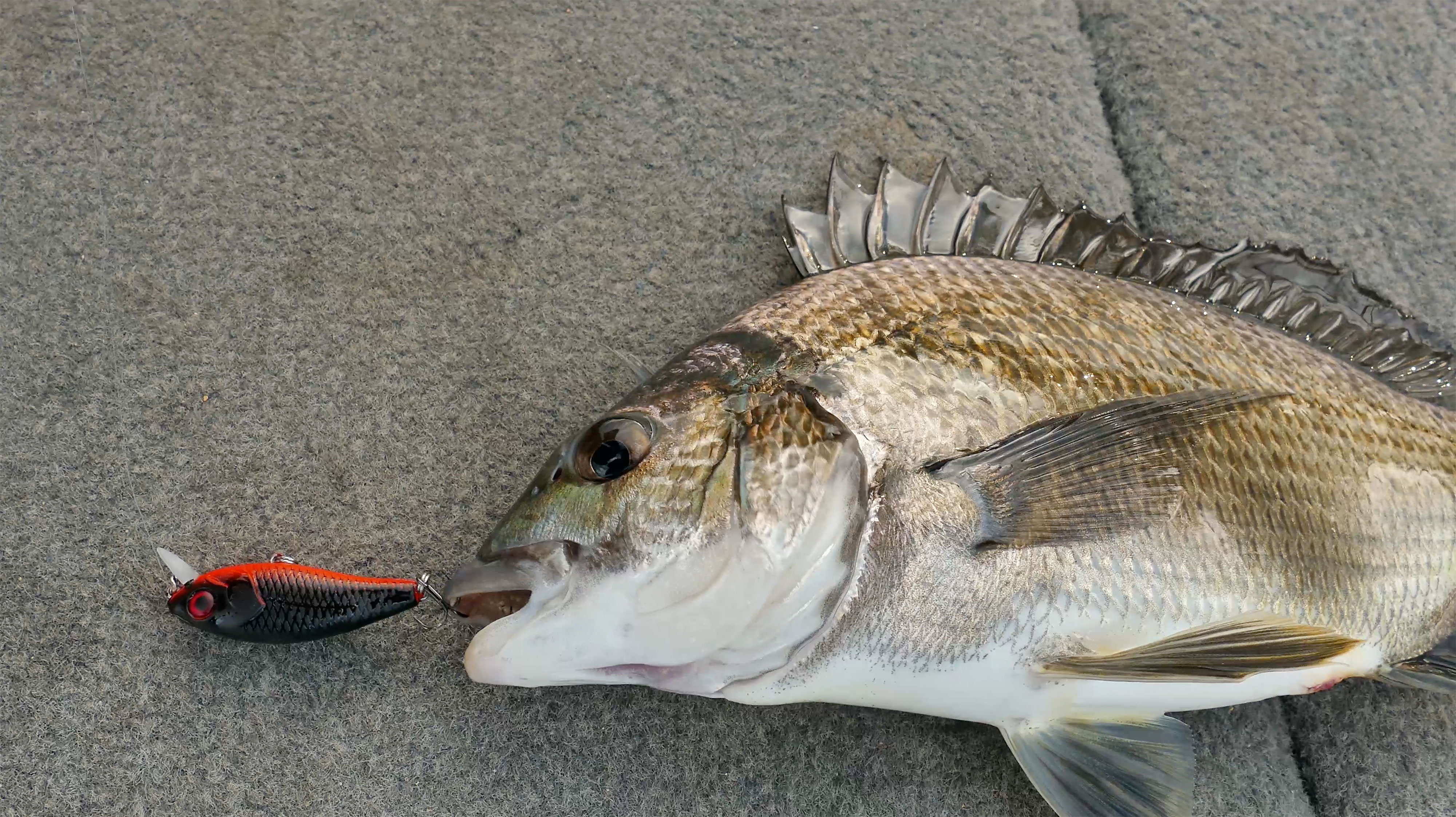 SWAN RIVER BREAM CHALLENGE - AUSTRALIA vs STH AFRICA Nick and Ruan went out onto the Swan River to test their bream skills against each other. These videos are full of useful advice for finding Swan River Bream in all
CLICK HERE TO WATCH NOW 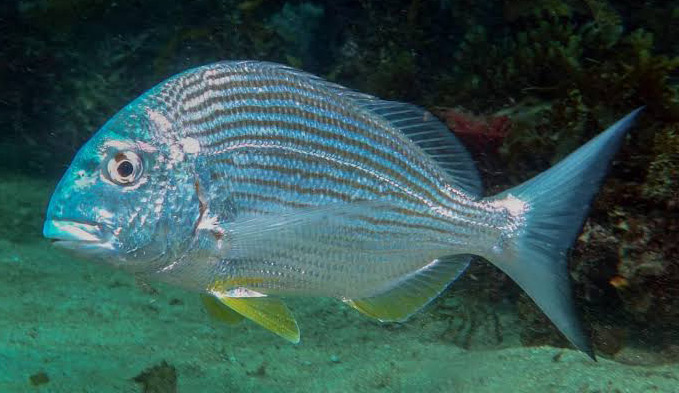 SWAN RIVER TARWHINE There is always more than one way to catch each fish and here, Steve shows you how to catch a Tarwhine in the Swan River on a River2Sea Vibe lure and then Nick shows you how to
CLICK HERE TO WATCH NOW 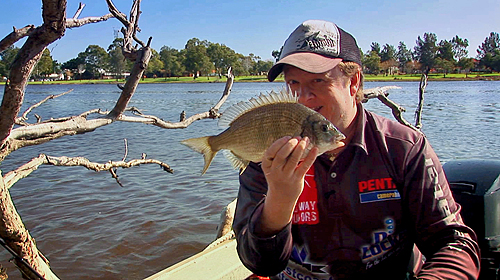 THE WATER SER1 EP2 - SWAN RIVER BREAM In this episode, Steve will teach you how to go breaming in the Swan River if you've never done it before as he compares a homemade tournament boat to Australia's best, as
CLICK HERE TO WATCH NOW 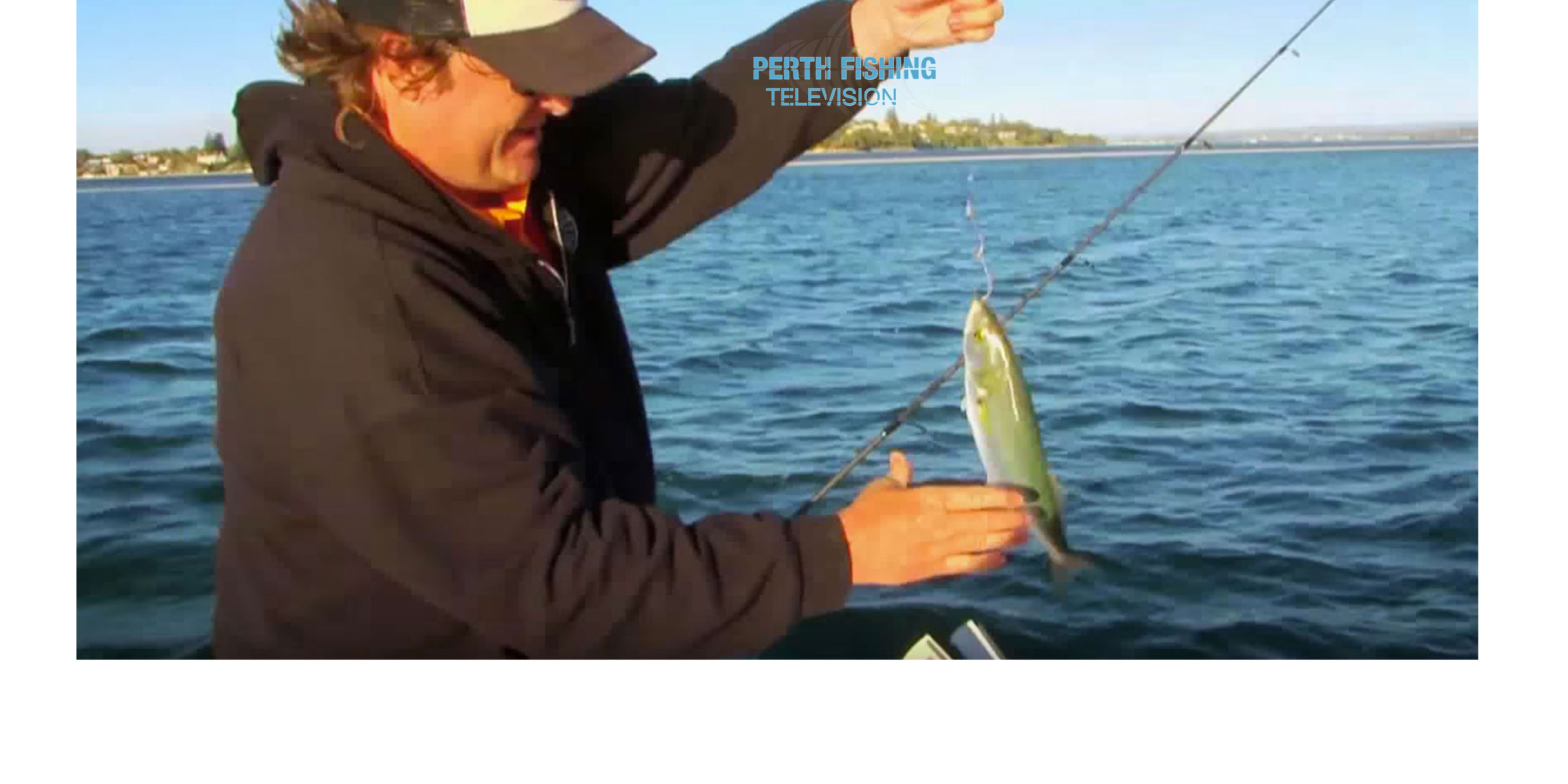 THE WATER SER2 EP5 - FINDING BIGGER SWAN RIVER TAILOR This episode is based entirely in the Swan River and we're going to show you tons of fishing options. While watching some astounding skiing from Show Ski WA, Steve and
CLICK HERE TO WATCH NOW 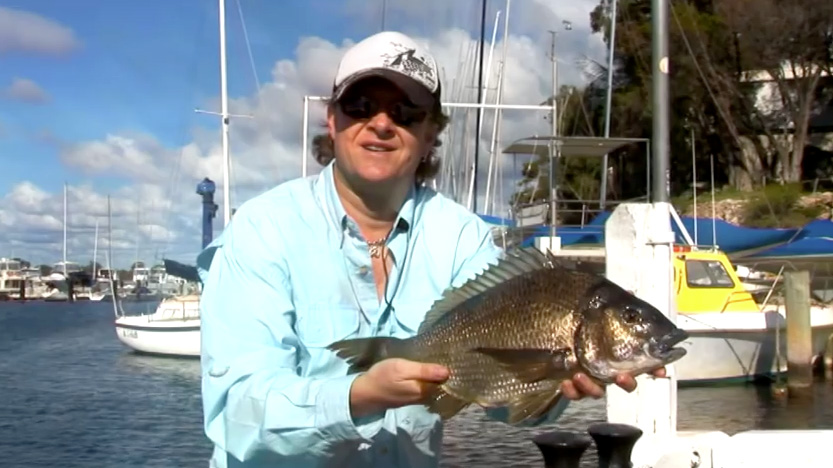 THE WATER SER2 EP7 - FINDING 40CM BREAM PT2 In Part 2 of this special to test just whether the big bream in the Swan and Canning Rivers are declining, the team share lots of spots and techniques to show
CLICK HERE TO WATCH NOW 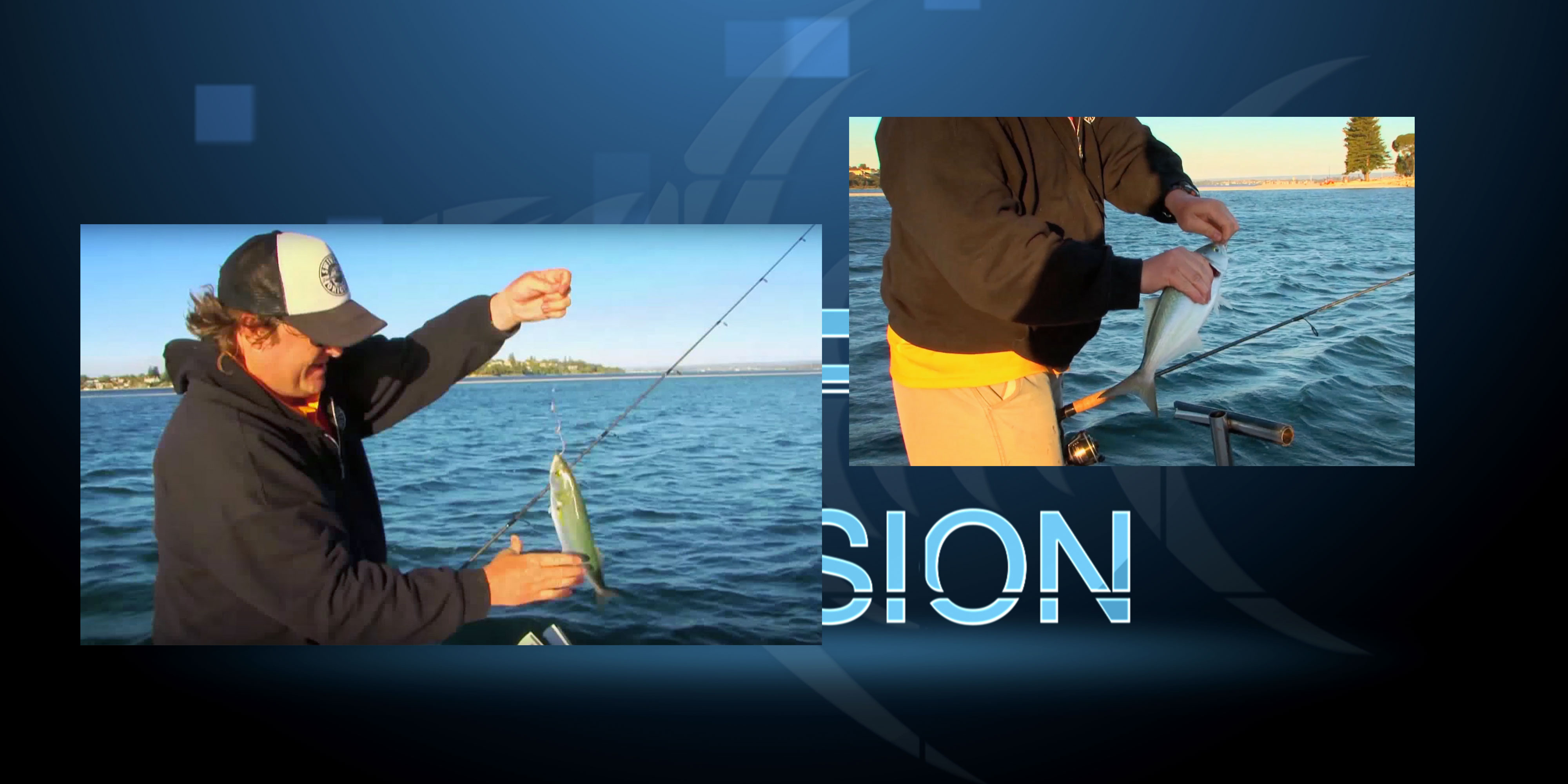 TROLLING MULIES FOR SWAN RIVER TAILOR PT1 Miggsy's friend Bryce took Steve to his favourite tailor spot and they found trolling mulies easily outperformed any lure they tried for tailor. This was shot in the early part of November a
CLICK HERE TO WATCH NOW 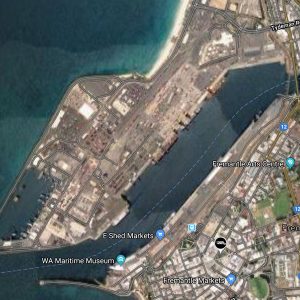 Back in the day, you could fish from a boat along the walls of the harbour but these days you are restricted to land based on the South Mole side.

Regardless, some huge mulloway are landed here each year and those who chase them know that many long nights are sometimes needed to get your prized from from the multitude of rays and other pests you’ll encounter.

Tarwhine, Skippy, Herring, Tailor and other fish are common and you will usually see salmon in there around autumn, plus regular visits from bonito and other tuna, including longtails.

Another trend that’s become popular in recent times is targeting small fish with light tackle and Fremantle Harbour is particularly good for this.

The Yellowtail Scad and Slimy Mackerel perform very well on ultra-light tackle and there are a number of other, similar sized fish who respond to berley with a frenzy of feeding activity.

There has been known to be a bit of biff but mostly it’s quite a good place to target a very wide variety of species from tiny to massive from shore. 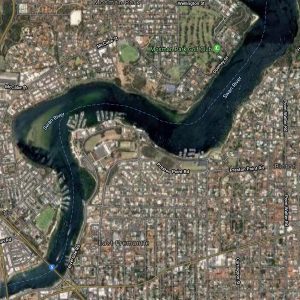 It’s easy to overlook the Fremantle Traffic Bridge but if you time the tides right, you can land some excellent Tarwhine and even Mulloway from the pylons that you can walk to from the shore.

The flats around there used to be good Flathead ground but, since the construction of the apartments, this is now mostly a time wasting exercise. However, with the incoming tide and clean water, both Herring and Tailor are regularly feeding in the evenings particularly.

Some Tailor can be 50cm plus but most will be around the legal size so be careful with your measuring. We recommend catch and release with small metal lures to target these fish.

As you head upstream you’re in very good Yellowfin Whiting country but you’ll have to target them at night to avoid the blowfish and with fresh bloodworms as a rule. Squid will usually be hanging near any lights around here at night as well.

Another fish that’s passing constantly through this area is the Mulloway. Small jetties near the water are well worth trying at night, especially when it’s a full or new moon and the high tide is peaking before midnight.

The Blackwall Reach area is very deep (almost 20m) but it’s not easy to fish. Large Black Bream used to live hard up against the cliffs but they are less common now.

Fishing the bottom here is most likely going to produce Flathead or Flounder and, when the sea breeze is chopping up the water, Tailor schools are often feeding on baitfish in the afternoon if you have a small boat to troll.

From shore, you can often reach the schools from Chidley Beach, which can fish like it’s the ocean at times. Other times it’s dead and Flathead are less common here than you think, even though it seems to have a lot of what they like. You will normally find more of them towards the sand spit near Russell Brown Park. 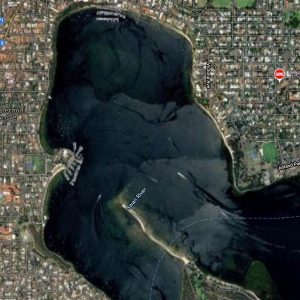 As the rocks of Blackwall Reach turn into the sand spit of Point Walter, there’s an interesting section which can fish quite well for Flathead but the rocks are hard to contend with.

The best option is usually the last half of the spit, on either side, depending on the tide and water conditions. Flathead are common here most summer, although recent times has seen less flatfish in general this far downstream.

Casting from the end is actually quite productive with lures for Tailor and Herring and the Giant Herring or Elops does certainly hunt here. The channel markers are where most of the schools hang so you’ll need to hit them with a cast or troll past them.

Tailor are also seen feeding on bait schools right in the middle (see video – Trolling Swan River Tailor above) and the deep water of Mosmans Bay can produce big Mulloway if you get the times and tides right.

Yacht Clubs are often a good place for Bream and Tarwhine, plus you’ll often catch Flathead and Flounder on the bottom in the same area. We also have videos about this above.

The jetty at Freshwater is a very popular spot and can produce Bream (very smart ones here), Tarwhine, Flathead, Flounder and Squid. Night time is probably the best bet to avoid blowies but spots can often be at a premium on nice evenings.

The sandy beach upstream of the jetty used to be a sensational Flathead spot but not any more. You can still find them but, in the 2000s, five to ten a session was the norm. These days two would be a fine day but still don’t overlook it completely.

For those with a boat, Karrakatta Bank is very tempting and you can drift around pinging the odd Flathead or two. However, it can be fools gold as during the wrong part of the tide it’s often a wasteland ruled by a mob of unruly pufferfish ready to assault your soft plastics.

It’s most often a good beacon for Tailor schools and birds working over the top means a school is feeding a trolling the edges is the go with small minnows. Also cast small metal lures into the school for some light tackle action.

Watch out for rocks as you troll because often the tide here is well under the draft of the average boat.

Claremont itself is worth trying along the shoreline dropoffs for Tailor, usually the best ones are loners or in very small schools. Bream can also be up on the flats, around yacht clubs and other structure but also along the rocky shoreline that’s around a little further towards Dalkeith.

This used to be a primo Flathead spot but is another one that doesn’t produce like it used to. Point Resolution drops away quite quickly and here you can spin for Tailor, Herring and Elops with lures or even set up a beach fishing bait with mulies along the short but nice sandy beach.

Opposite, you have the Point Walter Jetty and this was, in previous years, an excellent night spot for Tailor near the lights. They still come but the sizes have been poor in recent times. The flats towards the boat ramp can often be a very good walk for Flathead.